After testing out a range of variations of the option over the past year, Twitter has today launched a public test of its new ‘Twitter Circle’ option, which will enable users to share tweets with a specific, custom group of connections in the app. 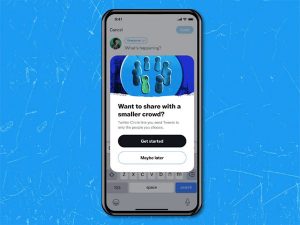 Twitter Circle enables users to essentially create a private group chat via tweet, with a variable audience control process that enables you to share tweets with a specific group of chosen contacts.

Users will be able to add up to 150 people to their Circle, with any tweets in the group then only visible to the people in that listing.

Members of Circle are alerted that their tweets are only viewable by those in the group via green indicator attached to each Circle tweet.

The option is essentially an extension of Twitter’s reply control option which it launched back in 2020, which enables users to decide who can see and respond to each of their tweets, while it also leans into the more enclosed discussion use case that Twitter’s looking to boost with it Communities option.

Communities enables users to segment their Twitter audience, so that you can share more specific discussions with specific groups, as opposed to broadcasting everything to all of your followers all the time, and that, ideally, will open up more opportunity for Twitter users to engage with a broader range of topics, as they won’t feel constrained to post only what they think their established audience will respond to and like.

But whether it works that way in practice remains to be seen. Part of the problem with Circles is that most users likely conduct the discussions that would fit into this offering within their DMs already, maintaining group chats with their close friends in a more private space. That privacy enables people to feel more comfortable sharing, and there doesn’t seem like much reason for them to switch those conversations to the potentially more exposed Circles option instead.

In addition to this, Twitter users also have lists to stay in touch with their most important connections, or they can just whittle their Following list down to the most important profiles – so there’s no real, practical value or need for Circles, as such, given that all of the functionality for it already exists in different forms.

A more practical, and valuable application of the same core concept would by Twitter’s other in-development restricted sharing option ‘Facets’, which would enable users to follow each profile based on different topic interests.

Facets would enable users to follow each profile based on different topics, so if you want to tweet about entirely different subjects, and not annoy your main profile followers with things that are irrelevant to them, you could give users the option to follow specific elements of your Twitter presence, as opposed to getting all of your tweets.

That, of course, is not the same as more enclosed group sharing, but it caters to a similar need, in segmenting your audience, which would have, arguably, a more practical value and purpose than trying to bring group chats into the general tweet stream.

As noted, Twitter first previewed Circles in July last year, and within that first explanation, Twitter also noted that Circles tweets would appear first in user timelines, which would be an even more significant element, and could see increased interest in the option.

That’s not part of this initial test launch of the option, though it could be built into Twitter’s algorithm – and maybe, if Circles tweets had the extra benefit of increased priority for those in the group, that could make it a more enticing function.

But right now, I’m not sure I see the real value – though no doubt many people will test it, and they might well find handy use cases for the process.

Twitter has long been viewed by many as a ‘global town square’, where people can go to get the latest news and updates, and where everyone can have their say.

That analogy was most recently used by incoming Twitter owner Elon Musk. 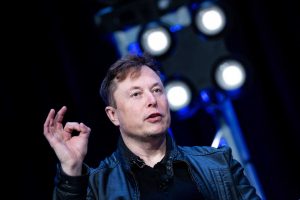 Yet, Twitter itself seems determined to partition off the Twittersphere where it can, with variable controls for who can see your tweets, who can reply, Super Follower tweets for only those who’ve paid to see them, private Spaces, private chats, etc.

Is that in line with Elon’s vision for the app?

Is that why Twitter has pushed this out now, before the takeover goes through?

In essence, there seem to be no big value in segmenting Twitter discussions, when DMs already exist, but maybe there are ways to use it to highlight your biggest fans, and create more intimate connection, or to segment your audience into specific groups, similar to what ‘Facets’ might do anyway.