Snapchat’s looking to help increase awareness and usage of sign language, with a new lens that’s able to recognize American Sign Language (ASL) gestures and translate them in the app. 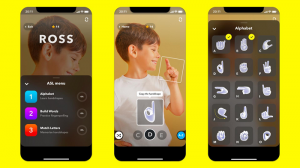 They are constantly working to expand the ways Snapchatters can express themselves and make connections through their Camera. The launch of the first of its kind ASL Alphabet Lens in partnership with SignAll will inspire Snapchatters to start learning American Sign Language.

The new Lens teaches Snap users to fingerspell, via various games and exercises within the app. It was built using Snap’s evolving hand-tracking technology, which provides more capacity for communication, in new forms, via the app. Snapchat used the same technology to power a series of similar lenses launched last year, as part of International Week of the Deaf, which also encouraged users to fingerspell various words. 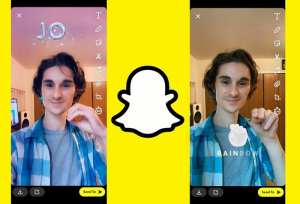 It could be a good way to raise awareness, and facilitate more inclusion – while Snap’s also looking at further applications for its hand gesture recognition tools, which could help to expand communication options for hearing impaired users.

It’s a good experiment, and a great way to get more people more aware of sign language, and maybe at least learn the basics via these examples and games.