Social media is a platform made from several technologies that allow
the creation, management, and exchange of user-generated data
offering a novel way for artists to market themselves. The past two
decades have witnessed some drastic changes in this versatile
platform.

Social media has given birth to a lot of artists. It supports and
promotes the growth of an artist with the help of its advanced features
and function. It declares social media is an influential tool if properly
wielded by artists. It provides an effective and inexpensive means via
which artists can market themselves.

Social Media platforms like YouTube, Instagram, Tik Tok are the most
popular platforms to inculcate such artists. With the help of these
platforms, they can build a community and expand their horizon.

Traditionally the music industry relied on album sales to make revenue.
Due to the advancement of digitalization, this convention has diminished.
Artists need not produce the maximum number of music albums to be
successful.

When a music video or song is released, it is only declared a hit song after
looking at all the factors. Several combined factors include ticket sales,
internet sensations, and the radio time given to the artists’ works.
For this underlying aspect, many artists use Social media to boost their
popularity. Popularity immediately affects artists’ ability to market their
music. The more popular an artist is, the higher the chances of their music
being popular. 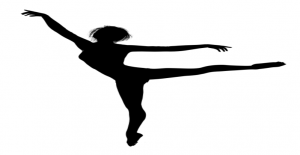 Social media allows dancers to showcase their talent. It empowers them to
attain confidence and contribute to the field. Platforms like YouTube are
one of the oldest ways of promoting such talent.

Over more than a million dancers have been spotted and brought to the
spotlight. They have made their name and have inspired others to do the
same. People put videos of their song covers and can build a
community. They can earn through this and break the stereotypes
attached.

During times of quarantine and being separated, social media has
allowed us to reconnect with friends of the past and make new ones.
Social Media has made the artists who they are today. When
everything seemed gone technology, and social media allowed them
to have a presence.