“Shadowban’ Might have heard this recently, what does it actually mean?

Recently, Elon Musk said that Twitter is developing a new upgrade that would allow users to determine whether they have been “shadow banned.” This occurred after a second “Twitter Files” episode in which it was claimed that some Twitter teams had attempted to limit the reach of specific right-wing accounts in the US. Instagram, though, updated its app with a comparable functionality a day before Musk’s announcement, beating Twitter to the punch. In this article, we’ll guide you about the implementation of shadow bans on several social media sites as well as their effects.

What exactly is a shadow ban?

It’s likely that you’ve been shadowbanned if you’re a creator and you’ve experienced a sudden, significant decline in interaction with your material. When that occurs, your account and its postings are hidden behind a “shadow” that only you can see. Unlike an outright ban, when the account is rendered unreachable, this is different. To lessen the likelihood that users would try to circumvent the shadowban by, for instance, establishing a new account, social media networks normally don’t let users know they have been shadowbanned.

Now, let’s learn how shadow bans are defined by various applications that have implemented them: 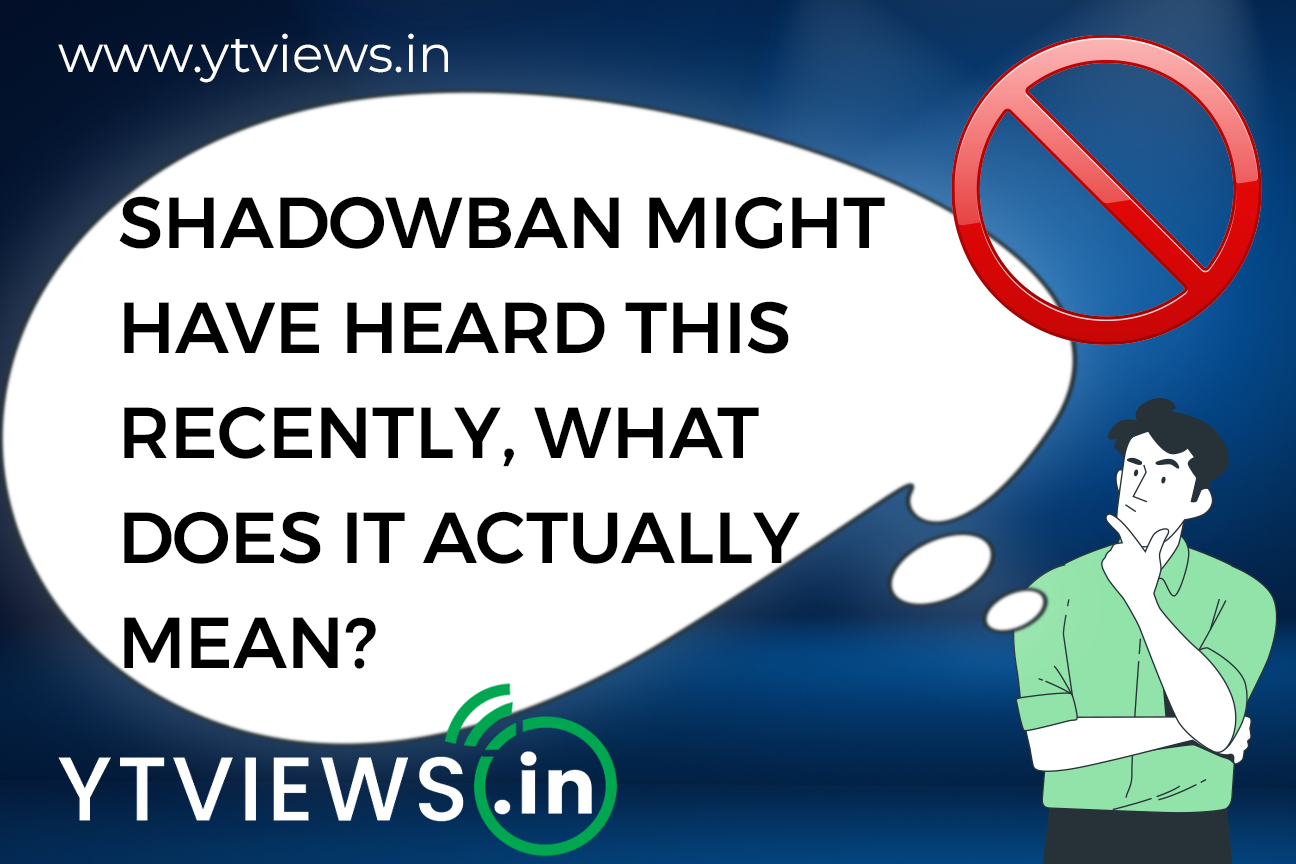 Instagram said on Wednesday that it is updating the Account Status tab to make it easier for users with business accounts to see if they have been shadow-banned. According to the company’s blog post, “We’re broadening Account Status to assist users with professional accounts understand if their account’s material is suitable to be suggested to non-followers, and what they can do if it’s not.”

Although Instagram does not use the word “shadowbanning,” it is notorious for deprioritizing accounts when users are determined to be breaking the rules. However, Instagram is putting things in perspective with this update. Your account’s status will change if the material on Explore, Reels and Feed recommendations can no longer be suggested. By touching on the top right and the bottom right of your profile image in the bottom action bar, you may verify this. Go to Settings > Account > Account status after that. You can ask Instagram’s review staff to reevaluate your post if you believe it was unfairly deleted.

Facebook disputes that the network has any obvious shadowbans in place. However, the CEO of Meta suggested “demotions” in an August Joe Rogan podcast. According to Zuckerberg, posts that are reported as misleading or falling within the categories of harmful material are “less displayed.” However, as most platforms take measures to reduce the accessibility of hazardous information, this is not unusual.

Zuckerberg acknowledged that there are “mistakes,” but noted that many of the promotions are carried out by the “system.” These may be the result of “some system bug” or “because some system didn’t function properly.” You can seek help if you have been wrongly banned by Facebook.