How YouTube end screen helps in getting more views

The end screen feature is one of the most useful features of YouTube, which if used properly can immensely help a channel in garnering more views. It should be used by all YouTubers, irrespective of its scale. It is known as the outro screen which drive the viewers to explore more contents in the form of videos, playlist and channel links. To summarize it, an outro screen provides the viewers with an opportunity to discover more content of a particular channel and prevent him/her to move away to adifferent channel. 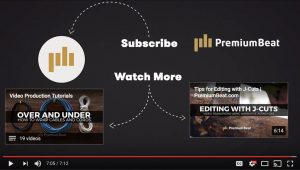 It act as a catalyst in retaining viewers and gaining subscribers. By improving audience retention and average duration of view, it helps in making more viewers get to the end.

The viewers are in look out of some valuable content from a video and once they receive it, they will look for another video. So in order to keep the viewers that channel, it is important to add endscreen 15-20 seconds before the video in play gets concluded. This is a smooth transition in which it retains viewers by encouraging them to click on new video link asthey are shown.

The outro of a video can be filmed or used in text form but it is recommended to use the end screen over the footage. It helps in natural andquick transition to the end screen. The mastering of outro takes time but it is beneficial to make the transition seamless to retain viewers on the channel.

Design used must be clean and creative

The looks of the end screen matter when it comes to getting more clicks. There should be a clarity about the links and its visibility so that the viewers click on it. While filming the outros, it should be made sure that the end screen do not block the important elements in the frame. End screen can also comprise of still image or graphic as the background, with a music attached to it. 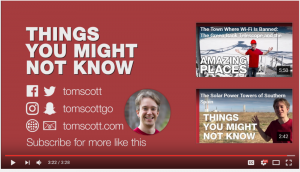 Beside making the endscreen look pleasant in the eye, it should also match with the theme of the channel.

Popular, similar and recently uploaded videos should be chosen

The videos that are placed on the YouTube endscreen decide whether the viewers would want to stick to the channel or move away. It is necessary that the videos on the screen pique their interest. For attracting new viewers to the channel, one must place the most videos which are already loved by most existing viewers and have high conversion rates. Related videos such as the playlist can also be used, which is connected to the video in play and have a high chance of getting the attention of that particular viewer. Also using newly uploaded videos isagreatway to introduce the most recent works to the viewers.

End screen needs to be updated

The videos used for the end screen need to be updated as the videos used previously may go stale. The best performing video may also change with time as more videos are being uploaded. So it is important to make the required changes to the end screen. The design of the end screen should also be updated, if the channel’s aesthetic is redesigned. In this way, viewerscan come across the old videos with new aesthetic.

Metrics should be studied

The methods used by creators vary accordingly to their audience and so having a strong grip on the analytics is of utmost importance. Being aware of the analytics will let the creator know what is and isn’t working for the end screen. It will act as a guiding light to improve the endscreen for better result. After finding that particular end screen which is working, it is also important to keep checking the response of the audience.

Capturing the audience’s attention till the end is a great accomplishment. But in order to turn viewers into subscribers, one needs to create an well-designed end screen. As the end of a video does not necessarily mean that the audience have to leave.