We need to talk about Twitter Communities. Or more specifically, it’s worth discussing the ways in which Twitter’s going about enhancing user engagement through Communities for more enclosed tweet discussions, and other experiments that could eventually change the way that you tweet. 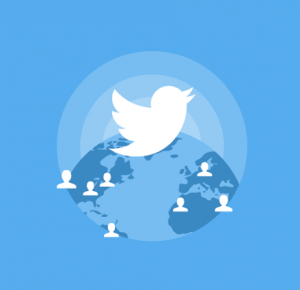 Communities is the most obvious element on this front, because it’s already live, and is already developing as an option to improve tweet engagement.

Indeed, while Twitter hasn’t shared any official stats on Communities usage as yet, it has said that its biggest communities (in terms of sheer member numbers) have all been created in recent weeks. So while it may not seem like a major element in the Twittersphere as yet, it is growing – whether you realize it or not.

And Twitter is addressing key problems with the option. At launch, one of the flaws that I identified was in limiting the capacity for people to join Communities, with only those invited by current members able to join a group. Twitter’s fixed this with a new option to request to join, while it’s also improved its controls over open and invite-only groups.

There are still some problems with this (the capacity for members to invite five people will likely dilute group quality), but the system is improving, which will facilitate more control over membership.

Twitter’s also added a new member search option to help admins locate mods primarily, while also facilitating other use cases, while it’s also now testing Communities search on the web to make it easier for users to find groups to join.

Improving discoverability is a key focus, and while I’m not entirely confident that Twitter’s algorithms will be able to highlight the most relevant communities to each user, being able to search for yourself, across all apps, will help.

But there are still some bigger questions around engagement, and whether Twitter users will actually care enough about sharing in more enclosed, topic-focused groups, as opposed to posting to their own followers.

A problem in this respect is that most Twitter users have already curated their audience over time, by choosing who they follow, and tweeting about certain subjects to build an audience. Given that they’ve already cultivated a group of people that are interested in the same things, do we really need Communities? Is it really worth tweeting into these smaller groups?

The main use-case for Communities is to give users more options to share on different subjects, as opposed to feeling confined to certain topics to appease their one audience.

Communities offers some level of solution on this front, though there is another Twitter project, which has seemingly gone quiet of late, which could offer more potential in this respect.

This project, initially called ‘Twitter Facets’, would enable users to tweet under different personas, while also letting followers choose which persona/s they want to follow, so that they don’t have to see every tweet from each user. The complication is that it requires some additional manual effort from creators, as you would need to select which ‘Facet’ each of your tweets aligns with in the creation flow, but it would provide more freedom for users to tweet about different things, without annoying their audience.

Communities, again, aligns with the same, and it may well be that Communities is the better solution on this front. But it’s interesting to note the alternate experiments that Twitter’s undertaking, which could offer more solutions to this problem. 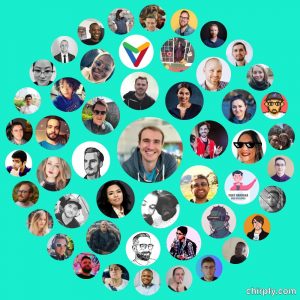 The other experiment that Twitter continues to work on is ‘Circles’, which would enable users to create personal groups of up to 150 people, with which they could then share private updates.

The back-end code of Twitter’s in-development Circles option includes the capacity to create multiple Circles, which could eventually enable users to create topic-based groups of their own, with which to share subject-focused updates into.

Of course, they would be smaller groups, so it seems like a less optimal solution than Facets, which would enable you to potentially build large audiences around different topics. But it’s another consideration, and again, it’s interesting to see how Twitter is experimenting with different elements to allow more topic and community-focused sharing, as opposed to tweeting everything to all of your audience every time.

That is a valuable proposition for the app, though whether it can truly maximize tweeting activity in this respect remains to be seen. But it is working on it, and if Twitter can crack the code and establish a better way to tweet on variable subjects, that could change the game for the app, and for marketers moving forward.

There’s still a way to go, but it’s interesting to note Twitter’s progress.