The BeReal experience is a tasty concoction of unpleasant photographs, fictitious intimacy, and impermanence, combining the greatest aspects of 2010s Facebook albums, Instagram Close Friends stories, and Snapchat. It’s fantastic to be online with your pals, which is what makes BeReal entertaining in the same way that it is entertaining about any social media platform. BeReal stands apart since that is essentially all you can do with it.

Because BeReal is—and I say this with love—annoying and challenging to use, it has defeated those apps made to restrict how much time you can spend on social media. The push notifications are crooked, there’s a fisheye camera effect that occasionally distorts persons and things into comical proportions and stretches limbs like Silly Putty, and occasionally photographs simply… don’t publish. Furthermore, because there is a hard restriction on the amount someone may publish, there is a hard limit on how much you can scroll. I don’t believe I’ve ever used BeReal for longer than five minutes at a time; every time I start the app, I’m amazed at how quickly I can close it.

How is BeReal different from others? 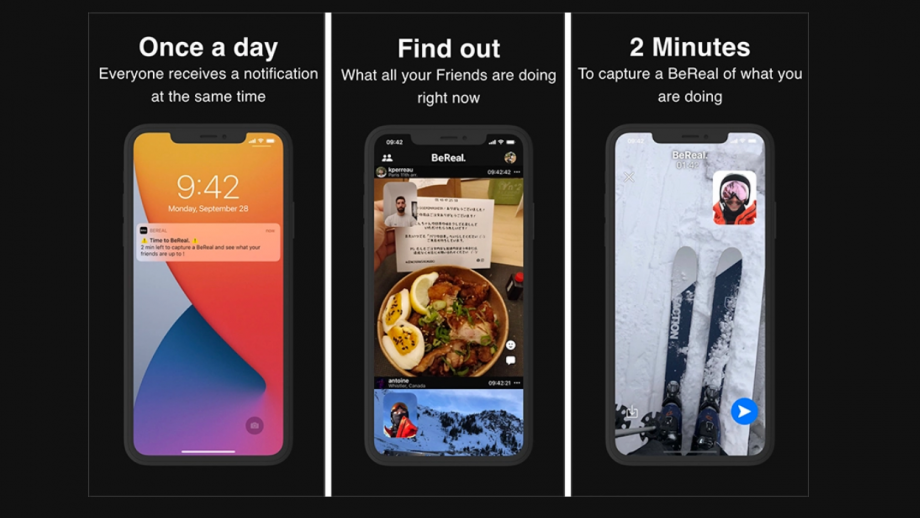 For those who are unaware, the BeReal app forces its users to take a front- and back-facing camera photo of whatever they are doing at that very moment by simultaneously sending them a push notification once per day at a random time. Posts vanish the following day, and the only grid of old photographs you can scroll through is your own; BeReal refers to these as “Memories.” Although there is a Discovery option that shows strangers’ posts in what seems like an endless stream, I honestly have no idea why anyone would want to look at that.

I can feel BeReal’s demise coming from the friend requests I’d prefer to ignore and the impulse to take another selfie because I don’t like the way my chin looks. I know in my bones that BeReal’s demise will be sudden and ruthless (especially embarrassing because the app reveals how many times users retake a shot before posting). However, for the time being, the wonky tiny window into the tedium of my friends’ lives continues gloriously. At least it is intentionally boring.